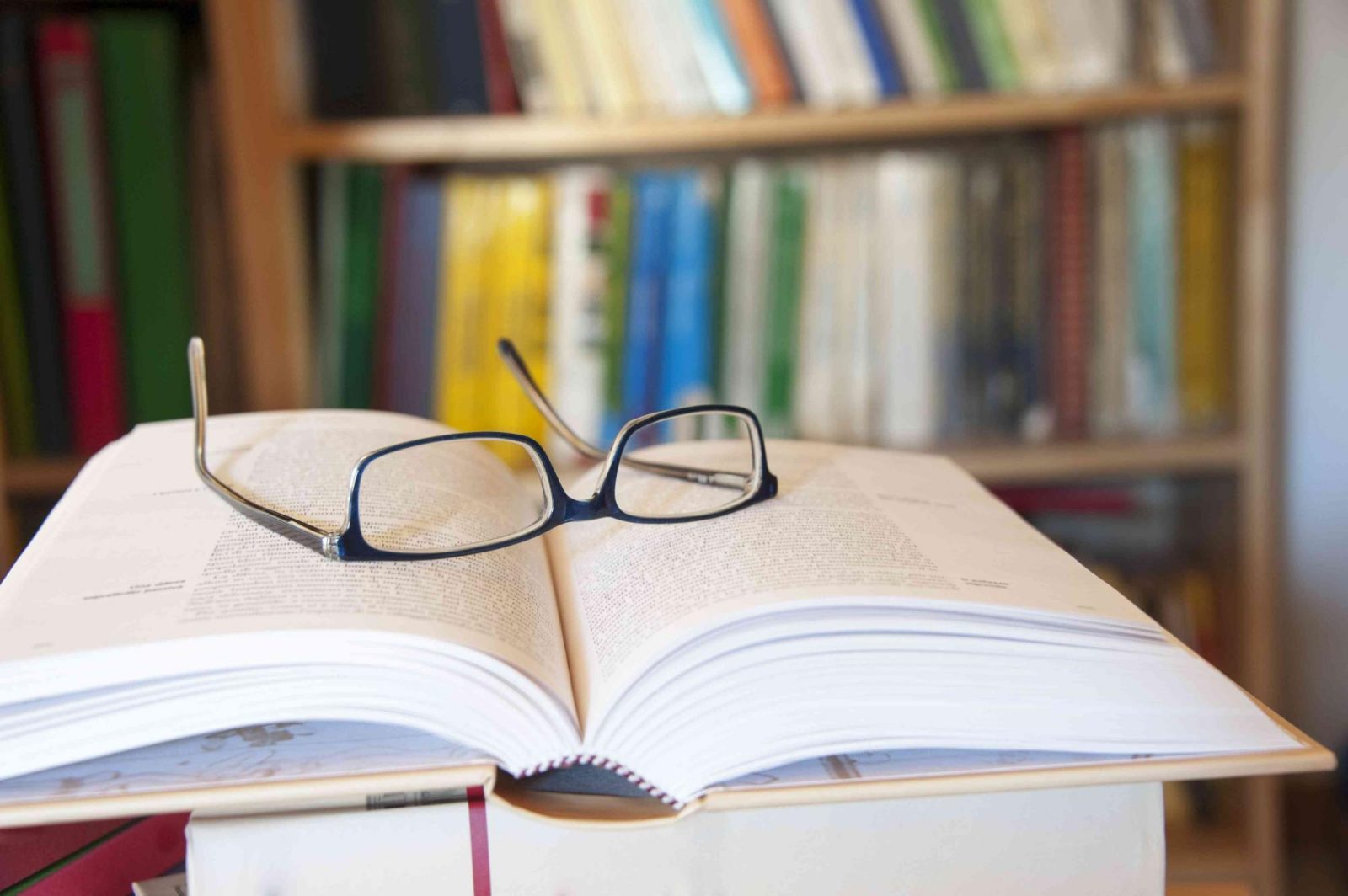 Why is Social Security Disability Enrollment Rising? 3 Misconceptions vs. The Facts

The state of the economy is a hot topic in the news and in casual conversation.  During these discussions, the related topic of disability inevitably comes up.  Unfortunately, there are a few misconceptions that many people unwittingly spread when talking about disability and the economy.  Here are some reports from the Social Security Administration that shed some light on the truth.

You have probably heard some “doom and gloom” by now from talk show hosts, coworkers, and friends about how disability enrollment just keeps growing.  In general, problems and scandals make good headlines for news publications.  However, while the number of disability recipients has indeed grown over the past few decades, the rise seems to be leveling off.  According to the Social Security Administration, the number of beneficiaries has fallen since 2014.  The SSA further predicts that this number will remain stable into the coming decades. 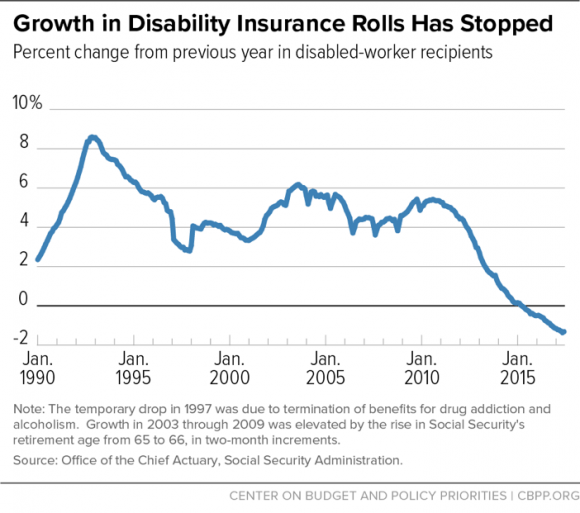 Misconception #2:  People who lost their jobs in the recession gave up and got on disability.

This one is partly true and partly false. As NPR reported, Americans in certain parts of the country have few work options in their impoverished or rural towns.  This means that when those workers get hurt, or their employer closes or relocates, they are less likely to find another type of work they can do.  The SSA therefore considers these workers disabled.

However, it is more difficult to be approved for Social Security Disability benefits than many people realize.  The recession caused a much sharper spike in the amount of people trying to get on disability than those who were actually awarded benefits.  So, while the amount of beneficiaries has indeed risen in correlation with the recession and its effects, this number only represents a fraction of the total number of applicants. 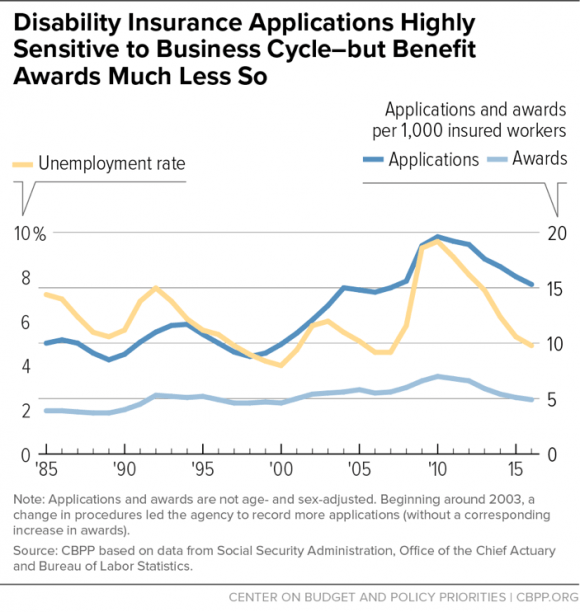 Misconception #3:  More Americans get disability benefits because of a growing entitlement mentality.

It is tempting, especially for the average Southern Illinoisan, to assign the cause of disability growth to a changing American culture that does not value hard work and personal integrity.  However, the facts from the Social Security Administration enable a less pessimistic explanation:  The rise in disability recipients reflects a changing workforce, in these four ways.

Here is a graphic from the Social Security Administration which includes a chart adjusted to take into account the above four factors (population growth, women in the workforce, Baby Boomers, and increase in full retirement age).  Comparing the left chart with the right, you can see that the increase in the percent of insured workers receiving benefits is not as large when we account for these facts! 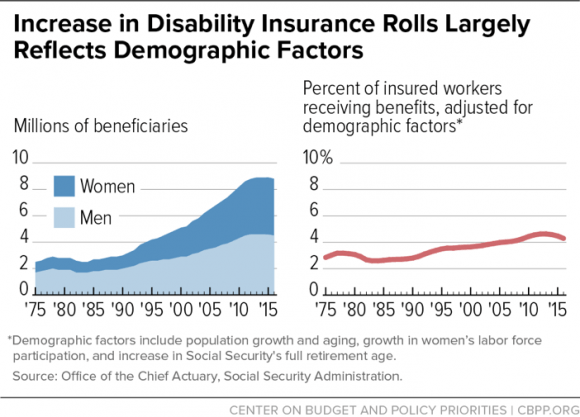 The Top Ten Questions People Ask When They Call My Law Office For Help With Social Security Disability ClaimsPrev
Social Security Funding and Trump's Proposed Budget Cuts:  How Do They Impact Disability Applicants and Recipients?Next